Protesters Convicted For ‘Parading’ Against the Death Penalty at the Supreme Court, June 2017 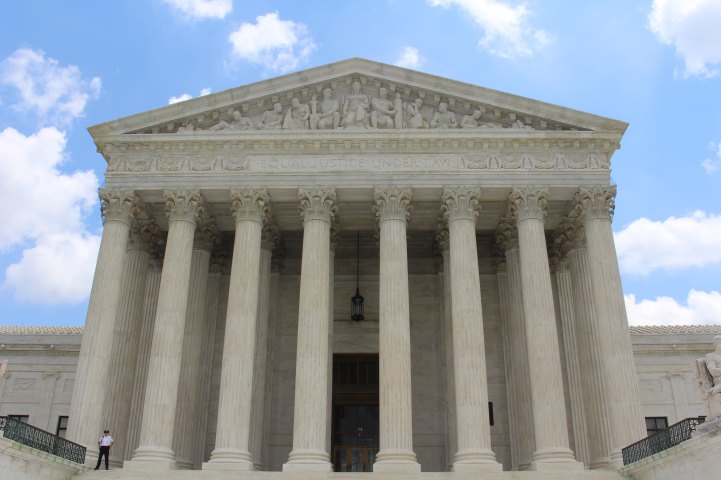 On an overcast day this past January, eighteen people stood on the steps of the U.S. Supreme Court and unfurled a banner that read “STOP EXECUTIONS!”

For that nonviolent act, all those involved were arrested under a law that makes it a crime to “parade, stand or move in processions or assemblages” or to display a “flag, banner or device designed or adapted to bring into public notice a party, organization or movement” on the marble plaza and steps of Supreme Court building.

This week, twelve of those eighteen went on trial in a case presided over by D.C. Superior Court Judge Robert Salerno. On Thursday, June 29, 2017, all twelve were convicted…